The Directive on Administrative Cooperation 6 (“DAC6”) is a response to the OECD’s Mandatory Disclosure Rules aiming to strengthen tax transparency across the EU and counter aggressive tax planning.

On 31 December 2020, HMRC confirmed that the application of DAC6 will be severely limited in the UK to align with the OECD’s Mandatory Disclosure Regime (“MDR”). This means that only those arrangements that meet Hallmark D of DAC6 will need to be reported in the UK. DAC6 continues to apply in full across the EU.

The DAC6 regulations require ‘intermediaries’ and, in some circumstances, taxpayers to report details of cross-border arrangements to the tax authorities where they meet at least one of five prescribed hallmarks.

In the UK, reportable arrangements are now only those that fall under ‘Hallmark D’. Broadly, Hallmark D catches arrangements that undermine the Common Reporting Standard (“CRS”).

The rules apply to arrangements implemented or made available since 25 June 2018. Penalties will be imposed for errors and failures to report, so it is important for organisations to comply with these regulations. The rules require retrospective reporting in relation to arrangements implemented from 25 June 2018 to 31 December 2020, and an ongoing 30-day reporting requirement from 1 January 2021. These are the revised dates under the six-month deferral that was introduced as a result of the COVID-19 pandemic.

Reportable cross-border arrangements are now only those that fall under Hallmark D in the UK, which is equivalent to the OECD’s MDR. These are essentially arrangements designed to undermine tax reporting under CRS and are split into two types:

The Government has announced that it intends to repeal the legislation implementing DAC6 in the UK and implement the OECD’s MDR as soon as practicable, in order to transition to international, rather than EU standards on tax transparency. The Government will consult on draft legislation to introduce MDR in due course.

The definition of an intermediary is widely drafted to include “any person that designs, markets, organises or makes available for implementation or manages the implementation of a reportable cross-border arrangement”. HMRC refers to such intermediaries as ‘promoters’.

The definition also extends to any person that provides “aid, assistance or advice” with respect to a cross-border arrangement. This includes service providers, such as banks, consultants, accountants and law firms that advise on a reportable arrangement that is implemented by another person. It is possible for a service provider to argue that it is not an intermediary on the basis that it did not and could not reasonably be expected to know that it was involved in a reportable arrangement. It may, however, be required to provide evidence to support this position. 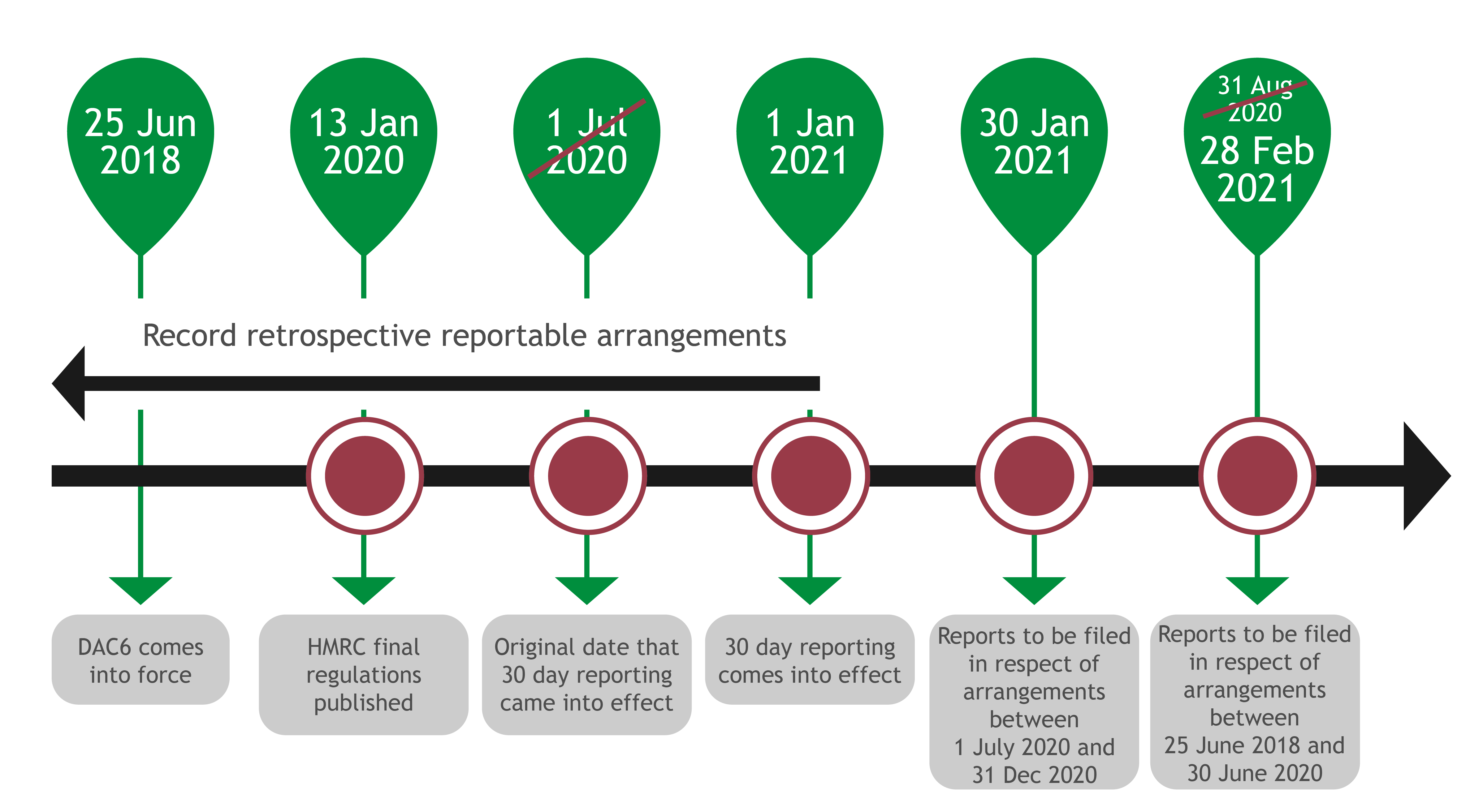 The regulations impose strict penalties for failure to comply. For intermediaries, these can be as high as £600 per day for each day of non-compliance. For taxpayers, the maximum penalty is £10,000 for each offence. In addition, the First-tier Tribunal has the power to increase these penalties to £1 million.

How Smith & Williamson can help

We are assisting businesses with analysing past and present arrangements and assisting with reporting by:

Once the Government repeals the DAC6 legislation and implements the OECD’s MDR, we can advise on compliance with these rules.

Pensions after death – a case study

Pensions after death – a case study

HMRC is cracking down on till fraud, particularly where businesses are suspected of using Electronic Sales Suppression (ESS) tools.  This article sets out how businesses need to disclose and correct any irregularities.

Can investors gain trust in Truss?

As expected, Liz Truss is the choice of the Conservative membership and takes residence in 10 Downing Street with immediate effect. The question now is whether she will follow through on the promises she made in her campaign, or whether the realities of government will bite.