As the money owed to law firms reaches record levels, questions are being raised about what needs to happen to reverse this worrying trend.

Smith & Williamson’s analysis of the Top 50 law firms’ accounts, covering the period 2016-2017, indicates that over £5bn (£5.2bn) is owed by clients to law firms and nearly £2bn is sat on the books unbilled. 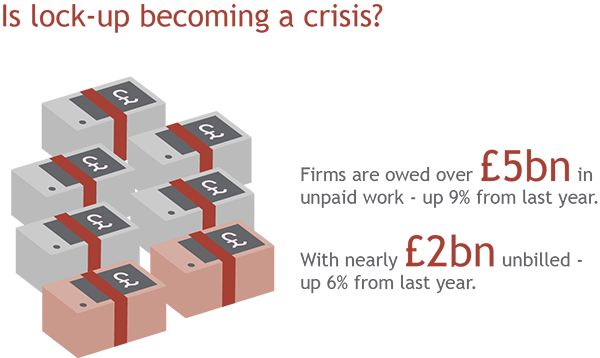 This is a staggering amount of money left unpaid on all of the Top 50 firms’ balance sheets. Law firms are missing out on nearly £7bn of additional cash flow. This only includes work they have the realistic prospect of being paid for: it is highly likely that many firms have elected to write-off additional amounts incurred in delivering the service, due to inefficiencies.

The amounts themselves are going up: there was a 9% rise in amounts owed and a 6% rise in unbilled matters year-on-year. At the same time, law firms have increased their revenues, but uncollected debts are growing at a faster rate at a time when law firms should be improving their lock-up procedures.

If law firms could simply improve their lock-up by one week, the Top 50 law firms together would receive just under an extra £308m of cash, which could then be used to re-invest in their businesses.

However, it is not so much the amount that is worrying for the sector but rather the time taken for bills to be paid. 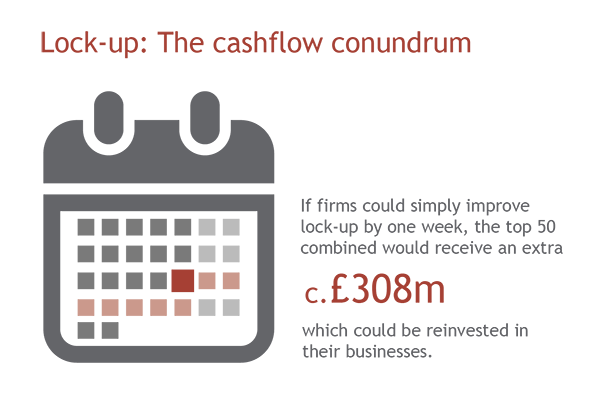 While two days does not sound like much, it is going in the wrong direction, from a very poor starting point. What other service industry allows their customers to pay, on average, over four months after the invoice has been raised? So why do law firms suffer this?

In part, they allow this to happen because it has always happened. For partners with pressure to produce work and generate business, it can often be a struggle to get them enthused to focus on the need to invoice and collect debts.

The system works until it doesn’t

Understandably it is hard to find the motivation to fix a system that on the face of it is working, particularly in law firms where there may be other, perhaps more pressing matters to deal with. However, the economic situation for all businesses is potentially quite uncertain and the ability of law firms to survive an unexpected shock might be questioned. Based upon research across the Top 50 law firms, the total net cash position of all the firms would be insufficient to pay the next month’s wages.

Firms are therefore entirely reliant on their clients continuing to settle their debts. Not only is this position gradually getting worse, it makes the ability of a firm to deal with the unexpected that much harder.