The competitive landscape - Law firms feel the heat, as international groups and the Big 4 accountants issue a challenge

The last few years have seen a shift in the perception of competitive pressures within the legal sector. 84% of respondents this year reported an increase in competition. Tim Adams Assurance and Business Services, discusses the various threats.

It is perhaps no surprise that competition is considered to have increased in the last 12 months; the magnitude of that increase is of more interest, with an extra 10% of respondents this year saying that competition has ‘significantly increased’. 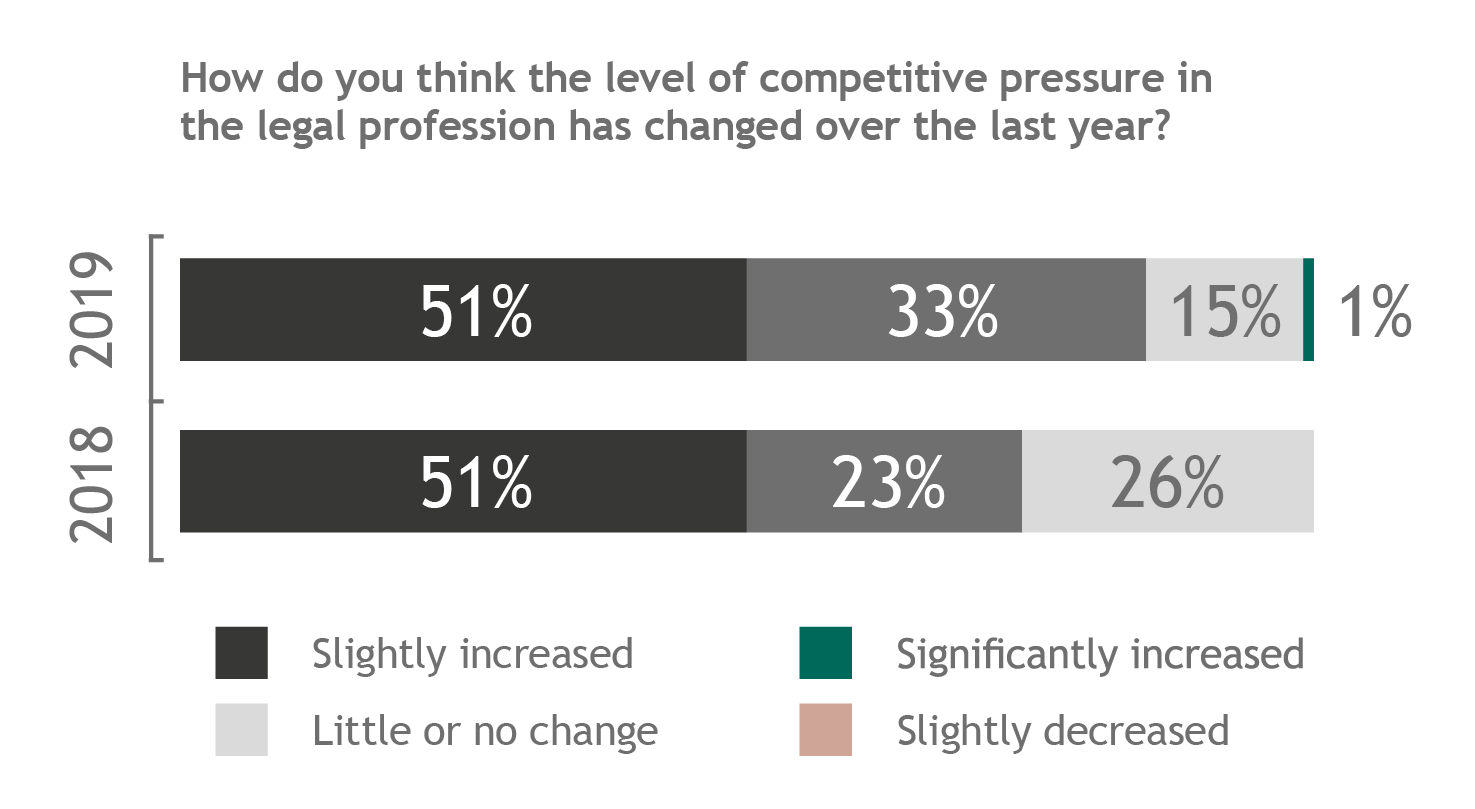 The legal sector has shown growth materially ahead of inflation for a number of years. There is a sense that a continuation of this growth requires increased amounts of effort each year and to quote a managing partner in a recent conversation, “we are performing well, but everything just seems harder”.

What is surprising is that by far and away the biggest threat is from current direct competitors. This may be because law firms tend to encounter the usual suspects when competing for work. However, take a step back and the greatest challenge many just be emerging.

Alternative Legal Service Providers (ALSPs) are a growing presence in the market who see the sector as highly lucrative, but not in the way it is currently serviced. Almost certainly using technology in their service delivery and operational models, the ALSPs will add to the threat already seen by firms from their normal competitors.

Back in the 1990s and early in the 21st century, accountancy firms entered the legal market by replicating (in some cases buying) traditional law firms and copying their approach. However, this time, the approach is different. Without much fanfare the Big 4 accountancy firms have now amassed an estimated global fee earner base of over 10,000, using technology to deliver a more cost effective approach.

Rather than being full service (and potentially having to subsidise those practice areas that don’t perform to the same level), they have focused on those areas of law more complementary to the rest of their practice and where they believe the financial returns are the greatest.

The Big 4 operate some of the most successful professional practices firms on the planet and after many years of experience of auditing the majority of the top 100 law firms in the UK, they are well placed, highly knowledgeable and well-funded. In other words, they are in a prime position to exploit the opportunities in the legal sector.

Of course, this doesn’t mean that all law firms are doomed, but it does mean that they will need a strategy not just to fight off the current usual suspects, but also the emerging threat of the ALSPs.

It's all about company earnings growth in 2020

In this month’s investment outlook, we discuss the likely impact of this new economic order on financial markets and where value lies today.