Remember January – the UK Government had just ‘Got Brexit Done’ with minimal impact (primarily due to the Transition Agreement). A month previously, the country voted in a Conservative-led administration with a significant majority and we were all awaiting the ‘Boris Bounce’. Law firm confidence was high and the war for talent was raging.

Much has been written about what happened next, but it is easy to forget how troubling those latter days of March and early April were. As the UK entered lockdown, cases of the coronavirus exploded, emergency lending, deferral of tax payments and other Government support schemes were urgently rolled out.

Pleasingly, firms responded decisively, possibly out of a fear for their survival. The majority took advantage of the furloughing scheme for at least some of their employees and were relieved - at least initially - to be able to delay the sizeable partner tax payments at the end of July. Since then, cash flow receipts seem to have held up well and law firm management can be pleased to have navigated a frightening storm.

However, as firms sail into calmer waters, is it right that they congratulate themselves or should they reflect on what they should have done to ensure the ship was sufficiently robust to weather the storm without Government support?

The top 50 law firms in the UK generate over £15bn of revenue every year, using well-paid professional staff housed in impressive and expensive office space. In spite of this, profits per partner are still sufficient for some firms to hit seven figures and even those partners working in more competitive areas, in regions outside of London, can achieve annual profit shares at least ten times the national average fulltime wage.

The trading success of the firms, however, masks the flaw in LLPs. Partly due to taxation rules, partly due to the desire of partners to be paid and definitely due to poor working capital management, law firms have found themselves lacking in the financial strength needed to navigate stormier waters.

A ship that appeared to be so strong in calm waters was found to have a very low water line when the seas started to become rough.

Some might say that no firms have sunk and therefore the model has worked. However, with the pandemic showing few signs of disappearing quickly, an uncertain economic environment and the biggest change in our trading relationship with the world for a generation occurring in a few  months’ time, maybe firms should prepare for tougher times ahead. The Government may not be willing to bail them out next time. 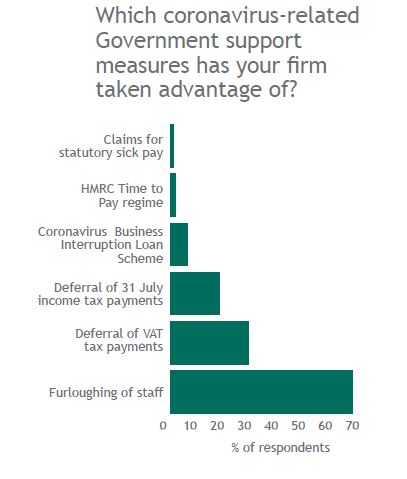 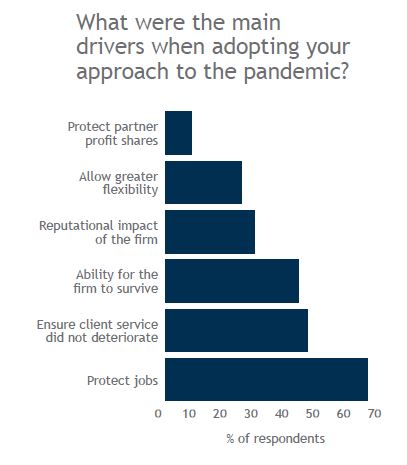